As assistant Rabbi and Director of Education for the congregation at TILNY, Rabbi Rosenbaum distinguished himself with young families in the Religious and Nursery schools, through his hands-on approach to Jewish education from preschool through high school and Bar and Bat Mitzvah training. He sees as his mission narrowing the distance between the people of the book and the books of our people.

To this end, he worked with all the generations of the congregation using the classroom, the pulpit, adult studies and programs to inform, challenge, and engage the Temple Israel membership. Rabbi Rosenbaum became known within the community and the American Rabbinate as a caring and compassionate pastor and social activist and believes that the primary responsibility of a Rabbi is being accessible and being present for his people in times of joy and times of sorrow.

He has served as Vice President of the New York Association for Reform Rabbis, the largest region of the International Reform Rabbinic body, the Central Conference of Reform Rabbis, as an officer of the New York Board of Rabbis, and chairman of its social action and international relations commissions. He is founder and the director of the North American Board of Rabbis across the United States and Canada. Rabbi Rosenbaum works the international arena in building bridges of understanding between the American Jewish community and Jewish communities and foreign governments across Diaspora and Israel. Rabbi Rosenbaum was recognized as Chaplain of the Year for his work with rescue workers and victim’s families at Ground Zero and the aftermath of the terrorist attack on September 11th, 2001.

In years past, Rabbi Rosenbaum initiated the first American Jewish and German exchange program for high school students promoting tolerance, respect, appreciation and partnership among young people. This is an extension of the various student exchanges that Rabbi Rosenbaum has spearheaded starting with the student exchange with the Vatican some years ago. Rabbi Rosenbaum believes that what happens to one person’s faith anywhere affects all people of faith everywhere.

Rabbi Rosenbaum has been an active participant in the Mid-East Peace process and promoting equality for Reform Jews in Israel. He continues to focus upon working with youth both in and out of the classroom; a team player who will create and implement dynamic and exciting programs that will convey Jewish values and the joy that comes from living a rich and involved Jewish life, and will work closely with Cantor Schloss in providing spiritually uplifiting and moving Shabbat and holiday services. 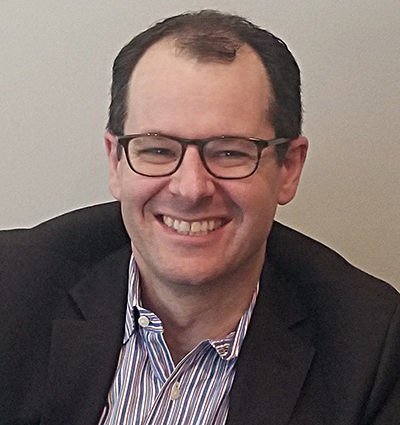 Cantor Randall Schloss is proud to be joining Temple Israel of New Rochelle as its Cantor this July, 2016. While serving Temple Ohabei Shalom in Brookline, MA from 2007 to 2016, Cantor Schloss created an environment of engaging, participatory worship through a rich blend of musical traditions, including his own compositions. He is equally at ease chanting our most sacred and traditional High Holy Day melodies, conducting choirs at a soulful Gospel Shabbat, inspiring children in fun family worship, and leading diverse volunteer and professional musical ensembles in joyous and uplifting Shabbat worship.

After a varied career in music as a classical singer both on the opera stage and in concert, as a teacher of voice and music theory, and as a choral conductor and music director, Cantor Schloss began his journey into the world of Jewish music in 2000 as a singer and composer. His compositions combine traditional liturgy and modern poetry with musical elements of eastern European nusach and chazzanut, Israeli and Sephardic folk music, classical and twentieth century Reform repertoire and contemporary pop and jazz. He writes, “I hope that through a unique blend of styles, my music will engage the congregation as more than singers or listeners, but completely as a praying community.” Recently, his setting of Elohai N’tsor was published in Transcontinental Music’s Shabbat Anthology VIII.

He received his ordination and a Masters Degree in Sacred Music from the School of Sacred Music at Hebrew Union College-Jewish Institute of Religion in New York. He also holds a Bachelor of Arts Degree in Music from Cornell University and a Master of Music Degree in Vocal Performance from the New England Conservatory of Music. He has served on the faculty of the Hebrew College School of Jewish Music in Boston and currently serves on the Executive Board of the American Conference of Cantors. In his spare time, he has been known to run the Boston and New York Marathons. Most of all, Cantor Schloss enjoys sharing his love of Judaism and music with his wife, soprano Leah Schloss, and their two daughters, Maya and Sonya (also sopranos!). 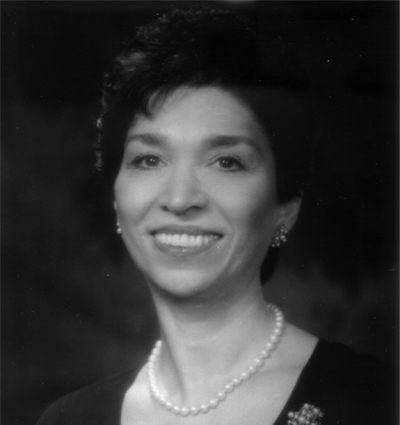 Known as the “Cantor’s Cantor,” Helene Shifrin Reps serves as our Cantor Emerita.

Cantor Reps’ musical training began in Oakdale, Pennsylvania, where she pursued lessons in piano, theory, elocution, dance, and clarinet during her childhood. Her musical studies continued at the Carnegie Institute of Technology, now Carnegie Mellon. As a college junior, Cantor Reps made her performance debut with William Steinberg and the Pittsburgh Symphony, as soloist in the Mozart Requiem. After college, Cantor Reps taught music in Harlem, while studying with Jennie Tourel and performing in Manhattan. Again she sang with the Pittsburgh Symphony, as well as opera companies and ensembles. She toured both nationally and internationally with the Antiqua Players of the University of Pittsburgh.

Along with her husband, David, and their young family, Cantor Reps relocated to White Plains. She attended Hebrew Union College, and, in 1979 became one of the world’s first female cantors to graduate. The following year, she joined Temple Israel of New Rochelle, first as Cantorial assistant and then as Cantor and music director. She served Temple Israel actively for 17 years, bringing her beautiful voice and musicality, warmth and charm to our community.

While Cantor Reps retired in 1997, she remains active at Temple Israel. Cantor has four children and eight grandchildren.